I started this post in September, and again in October. Just finishing! It was a strange thing to be scrolling through my calendar on my phone last month and come across Grandma’s birthday–September 15th. Just a little under a year ago she was here with us and meeting baby Berrett for the first time, and now she has been gone for 6 months. It’s surprising how fast time moves along. It made me want to revisit some of the pictures from her funeral.

Her funeral was just right for her. I have a lot of memories of my grandma, some of which I already mentioned in my post about Grandpa in July 2015. But I thought I would jot down a few thoughts in honor of her birthday:

-She made the best Sunday dinners with roast, potatoes, carrots, gravy, homemade rolls, jello, and more. I have great memories of family dinners, spending time with my cousins and aunts and uncles. I loved sitting in the living room after dinner, singing with the family. Going to Grandma’s house after she was gone was very sad for me. All of my memories of her and Grandpa were in that house. Speaking of the house, it underwent a lot of changes over the years. I remember as a kid Grandpa built the changing rooms out by the pool, and put a tarp up over the spa. Grandma never went swimming in all the years I knew her, but a handful of times she went in the spa, with a shower cap on her head. She was not really the life of the party, but she was very much a lady in everything she did. Grandma always looked really pretty. She kept a couple lipsticks in the swan dish in the powder bathroom. She was from an era of perfume and pearls
We read the Wizard of Oz series together when I was little. She had kind of a funny way about her. Maybe even a little antisocial at times, and sometimes I didn’t really understand her as a kid. She seemed a little serious and had her own sense of humor. She was really talented in everything she did at home. I think a lot of her skills would not be seen as “skills” by today’s standards. She made delicious, huge meals for her family. Many others outside of the family ate with them and enjoyed her cooking too. She was good at keeping yo house and home. She was a good seamstress– she sewed a few things for me over the years like a cheerleader Halloween costume, and hemmed my pants for me. She was a mother of 8 children, and did not totally lose her sanity 😉 I consider that to be a talent more than ever now. I remember she was really good at making beds, making everything right and even. Over the years she wrote me hand-written cards and dropped some money in them. She supported her husband over the years and stuck by his side while he went on fishing and hunting trips, and while he was Bishop and serving in callings in the church. Most of my memories are of Grandma and Grandpa together. In my minds eye I see them in their house on James Court, watching Wheel of Fortune and Jeopardy in their recliners together. I see them together at my choir concerts and recitals. I see them together at family gatherings enjoying their children and grandchildren and laughing at their hilarity. I see them singing together at their 50th wedding anniversary, and also in their home with their family. And now they are together again, after a long time apart, and I imagine they look better than ever and had a joyful reunion! 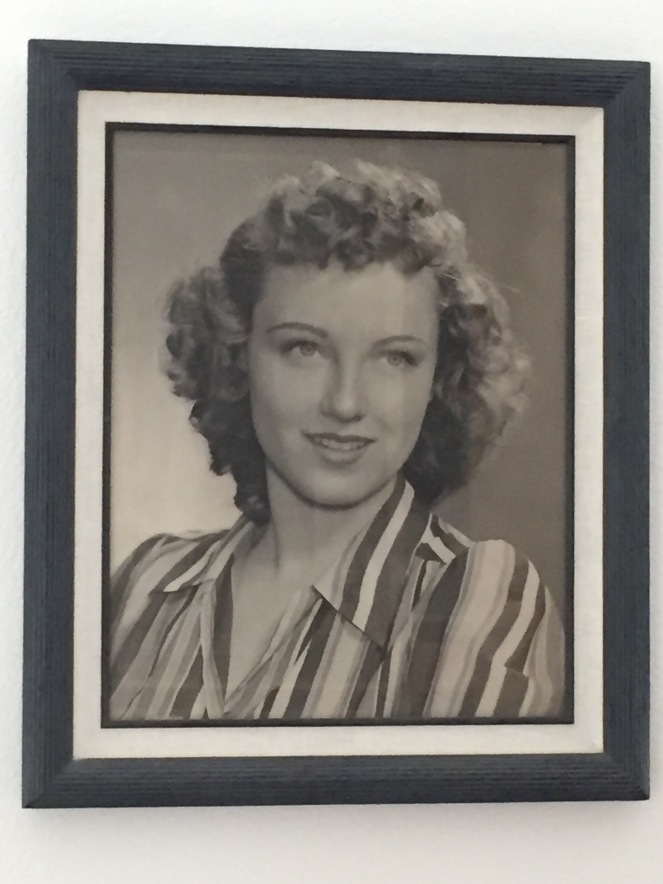