Finn always goes right to this little corner of the nursery and finds the two parts of the princess castle that make music. I think it’s so funny- EVERY time he just goes right for the parts that makes noise, opens up Ariel’s castle and opens the noise-making treasure chest. He cracks me up. He makes the sounds go off, and that’s it. Now he’s at the kitchen opening all the cupboards and drawers, pulling out all the food and dishes. His favorite past times. 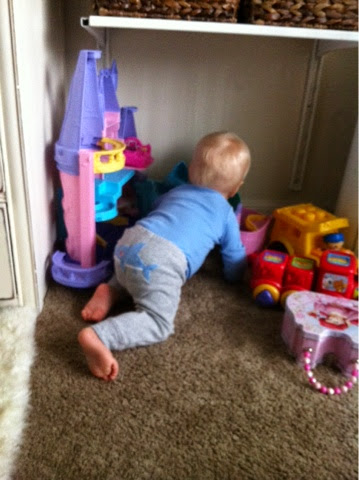 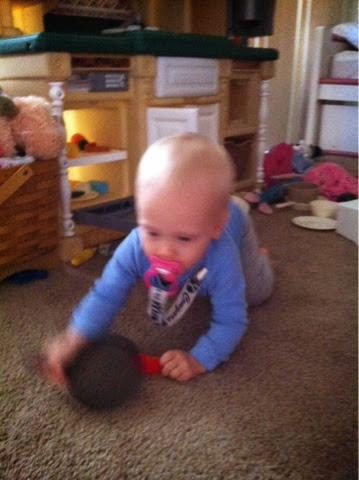 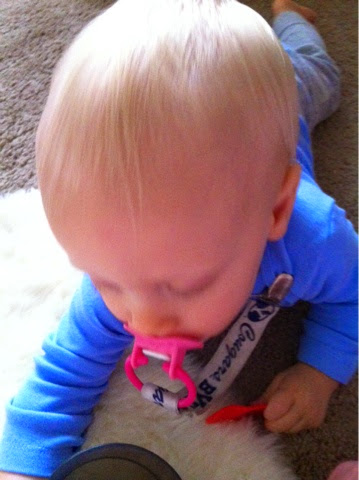 It’s serious business. His other favorite is going to the humidifier and climbing up it and taking off the lid. Just his little routine.
He’s borrowing an old pink binky of Rose’s. Sorry little guy.
He’s making some nice noises- kind of just sounds behind that binky. Also, he has a shark on his bum ad a shirt that says “little mate”. Babies are the best! I love smelling his breath after he wakes up. I love the way he looks all around when I’m holding him… Just looking side to side, taking in the world with a straight face. I guess he’s not impressed?! All week I have been in mourning that Finn is almost one year old. I am Sooo sad. He has been the best baby: so happy and so easy and just so much fun. I re read a bunch of post from Rose’s first year. I forgot about so much of it- it was so wonderful. These are such precious times when they are babies. I wish I could slow it down.
Here is Finn when we had a rare outing alone to the grocery store. It felt like a special date with my boyfriend! He sat there so pleasantly and quietly as we walked aisle to aisle, And I had three different people comment on how well-behaved and sweet he was to just sit nicely. He is SO adorable! Ugh! 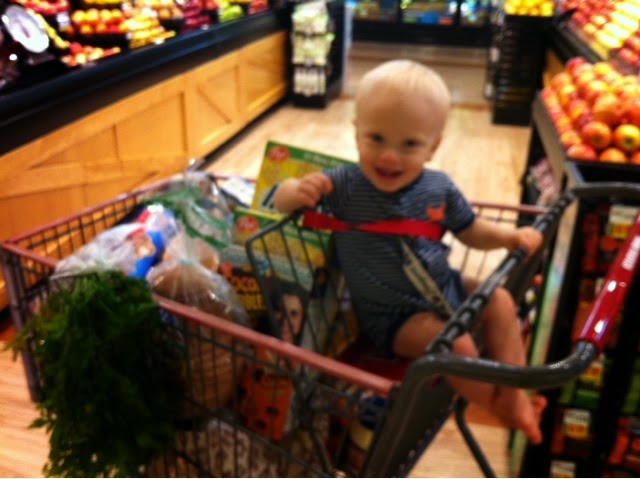 Also, he clicks his tongue. What a trick! He likes to copy us!